Version 1.10 of Cooliris has been released, and for the first time this includes a Linux version! Cooliris is a Firefox extension that is built on top of various open source software such as FreeType, FFmpeg, Protocol Buffers (from Google), and dcraw.

Unfortunately, Cooliris itself is not free and open source software. It also has a pretty hefty EULA and the software collects lots of your information. On top of that, it has many patents pending. Sigh.

(i) Decompile, reverse engineer, disassemble, modify, rent, lease, loan, distribute, or create derivative works (as defined by the U.S. Copyright Act) or improvements (as defined by U.S. patent law) based upon the Cooliris Software or any portion thereof;

(ii) Incorporate the Cooliris Software or any portion thereof into any computer chip or the firmware of a computing device manufactured by or for you;

(xiii) Bypass or circumvent the measures we may use to prevent or restrict access to the Cooliris Software.

Still, it’s their software and they can do what they like. Don’t like it? Don’t use it. It’s just a pity that the free software community (and Cooliris themselves) can’t benefit from community collaboration.

If you don’t know what Cooliris can do, here’s a taste. This is me browsing some photos on Facebook, clicking and dragging to pan along the photos. 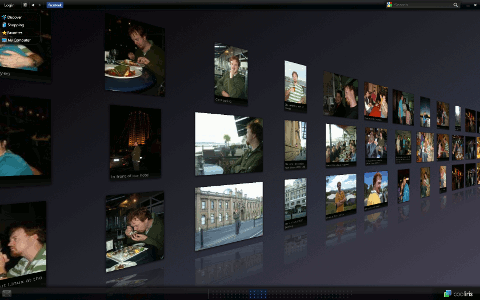 And then selecting a photo which zooms in to a high resolution. 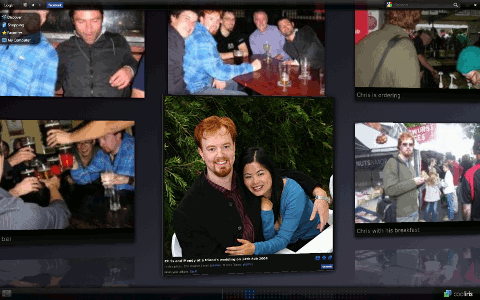 2 thoughts on “Cooliris for Linux”