KDE4 is getting really, really good but it’s still missing an awesome video editor. Maybe Kdenlive can fill that gap and become the official video editor for the desktop, it’s really awesome! 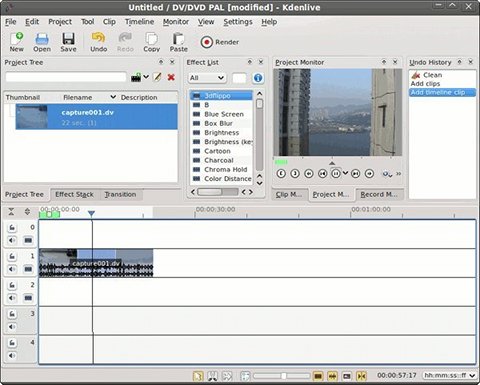 Yeeees.. finally one missing piece of the puzzle to make KDE 4.x a really killer desktop environment is almost complete, KOffice 2.0. It is scheduled for release 27th May (tomorrow where I live).

Years ago I realised that most of the applications I used were GTK based and so made the switch to GNOME. Now that KDE 4.x is really, really good, it’s time for me to switch back for a while.

While I really like OpenOffice.org, I want something more lightweight and KDE-centric. In my opinion, KOffice has been lagging behind for some time (and in many respects, still does), but in a GNOME world I just didn’t need it. Really, all I do need is just a nice little office program to create my data in valid ODF.

Now, with the release of KDE 4.3 just around the corner, it looks to me as though the KDE-only world is almost complete.

So, along with Koffice, we will soon have some other previously missing pieces such as Amarok 2 for music, K3b for burning and Kdenlive for video editing.

Now if only Konqueror was good enough to replace Firefox..