I thought I’d give Karmic Kubuntu a spin under Virtualbox 3.0.10, which I installed via the Live CD.

After installation it booted and I could log in and use KDE. The resolution was very low, but everything was there. I thought I’d just do the latest updates and then reboot to configure the rest.

However, after updating the system rebooted and I was greeted with this: 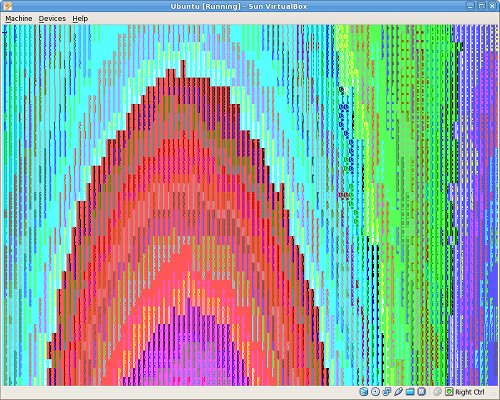 I switched to TTY1 (via RCTRL+F1) and logging in presented me with this unusable terminal: 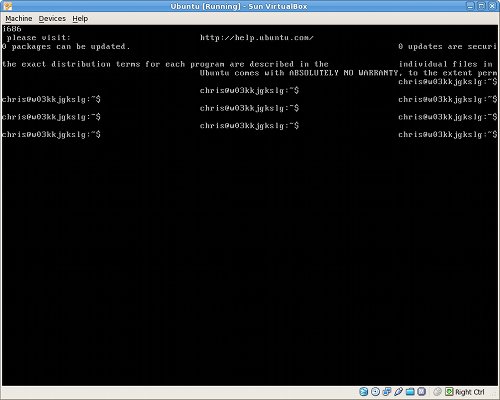 Switching back to the XServer however now fixed the corruption (and changed the resolution), yay: 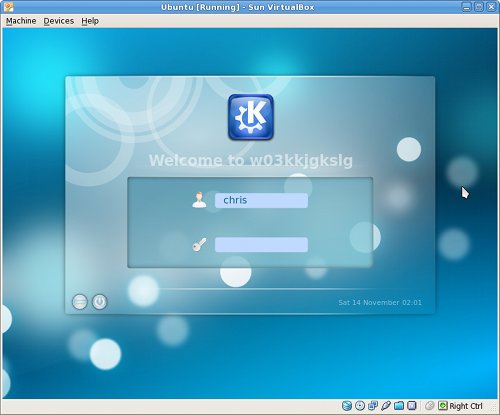 However, unfortunately now I can’t use the desktop. Aside from the background, it’s completely blank!: 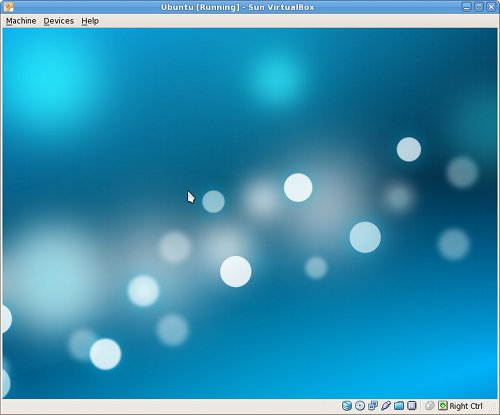 The graphical environment was working before I updated. To fix this I booted to the recovery console, started a terminal with networking and installed the Virtualbox X driver and configured for use:

I then exited the shell and selected start normal but this failed, so I rebooted and was greeted with a working display and log in screen, yay!

Unfortunately, logging in still resulted in the same completely empty desktop. There’s nothing. Nothing! Something has gone drastically wrong.. time to re-install. This time I’ll do the driver, THEN update. As Mike would say, “What could possibly go wrong?”