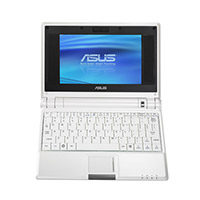 Seeing how successful Linux could be as a part of a commercial product, Microsoft stepped in. Although Windows XP was scheduled to be discontinued, the success of Linux forced Microsoft to extend its life for netbooks. Microsoft proceeded to do what it does best, get/convince/pressure/force/blackmail these manufacturers to use Windows, instead of Linux.

I held off buying an original EeePC as the keyboard was just a tiny bit too small (and cheap) for my liking. Instead I chose to wait for the larger 10″ model that was to come out further down the road. Well, that road has supposedly arrived with Asus releasing the EeePC 1000 series months ago.

Now with the release of the new mind-bogglingly large range of EeePC netbooks (900, 901, 904HD, 900A, 1000, 1000H, 1000HD) we find the advertised preferred operating system is, wait for it.. Microsoft Windows. That’s right folks, even Asus, who took a ‘risk’ on Linux (which paid dividends) have jumped ship with each EeePC model’s page proudly proclaiming “Asus recommends Windows for every day computing” or “Asus recommends Windows Vista..“. 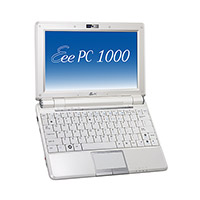 Still, the model that I want comes with Linux – the EeePC 1000. It has a 1.6GHz Atom processor, 1Gb RAM, 10″ screen, wifi-N, bluetooth, decent 6 cell battery and a 40GB solid state disk. The Windows equivalent is the EeePC1000H which comes with a regular non-SSD hard drive and of course, Windows.

I went into my local JB-Hifi store months and months ago and saw the 1000H. I asked them when they might be getting in the 1000 Linux-only model, to which they replied

Should be a month or so, they are releasing this Windows version first.

“Typical”, I thought to myself and said I would be back in a month or so to check.

The other day I went in and asked again, this time the reply came;

Head office has decided not to sell the Linux model.

Since then I have not yet been able to find anyone who sells the 1000 model. Does anyone have one of these? Do they even really exist? Hello? What’s going on here, dammit.